Love which serenades your heart
Is it sincere? Is it misled?

A pink tinted French PC Paris postcard with a warning! 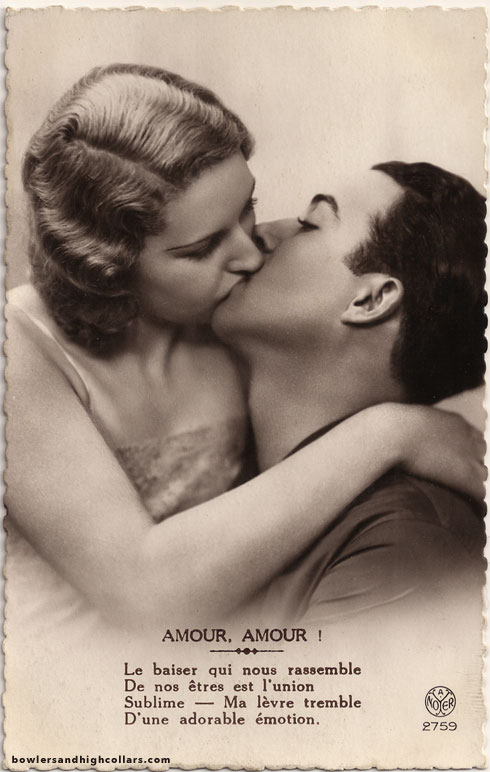 A photogenic Hungarian couple in profile. They look like film stars, don’t they? Whoever they there, they took a great portrait together.

Another beautiful French postcard. Here the woman is leaning above her admirer with drama. To me her gesture reminds me so much of the stereotypical way women acted in silent films.

I have what I think may be the same couple on another. He’s wearing the same shirt too. 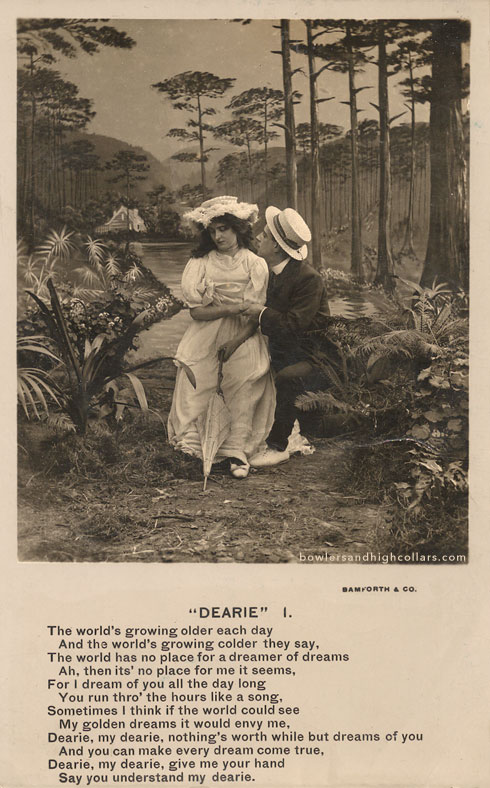 A nice love poem on a beautiful postcard from 1907. The backdrop is worth mentioning too. It looks like a swamp with the tree roots in the water and the far off wood cabin, but it feels surreal too with the mountains in the background.

A close up to better appreciate this wonderful picture in all its details:

Close up of Dearie postcard.

Bamforth & Co. not only published postcards but were filmmakers too. Their silent films were so successful they created a whole industry in West Yorkshire that surpassed the Hollywood of the time.

The backdrop of this postcard is so detailed I have difficulties believing it was only used for this postcard. It would be interesting to find out if it was used in an early silent.

In 2001 a businessman named Ian Wallace bought the name and rights to all 50,000+ pictures of the then defunct company’s catalog. In 2011 he relaunched the reprints of their postcards through licensing. 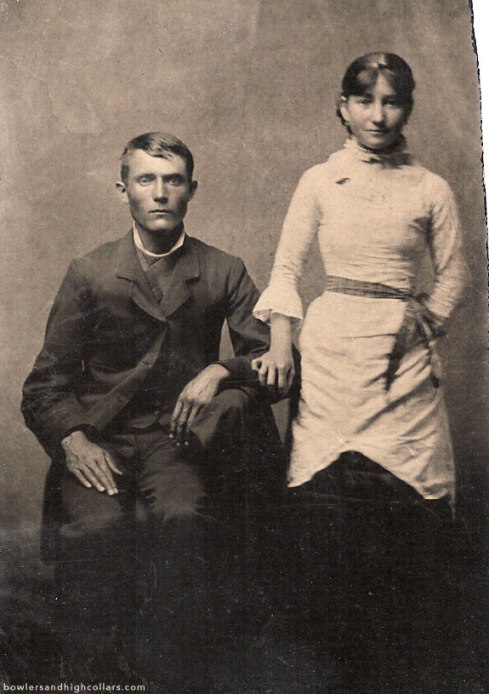 He has long, slender and tanned hands, and these look like working ones too, almost as if they should belong to someone older than him. This could be my imagination but the top of his head looks lighter, as if he worked outdoors a lot but wore a large brim hat. The young woman by his side I can only assume is his wife is resting her hand on his arm, and her white (cotton?) top is interesting; simple but nice, wrapping down over her skirt. It was accessorised with a pearl necklace, leaf brooch and belt. All this makes me think this was taken in the summertime. 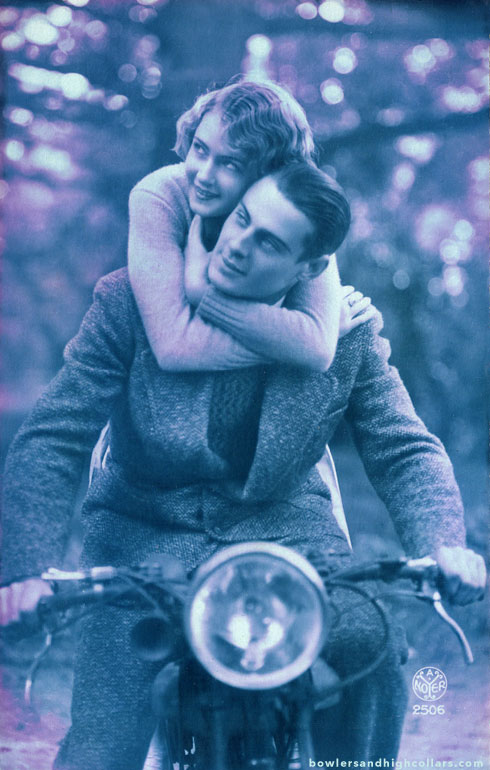 A drop dead gorgeous couple on a bike. I like how she has her arms encircling his neck. It made for an intimate and sweet pose.

I hope to find more pictures with these two together. So far no luck.